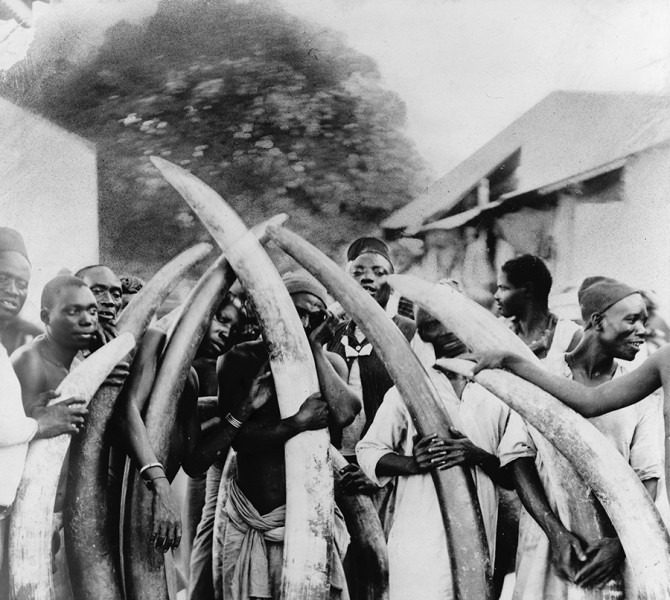 Sunday 17th March
Crackle and heat from the red-glowing bush-land assailed the senses. The sweet smell from the dying animals was almost lost in the stench of smoke. The normally melodic bush, alive with bird-song and the buzzing of wild animals, was still.
A bull elephant tore at the trees and scrub as he advanced carelessly, single-minded in his quest. He came to a patch of blackened earth and stopped. Burnt grass crunched under the burden of his weight. Lowering his head, he curled his trunk towards his chest and grieved the loss of his herd. Focused on their kill the men were totally unaware of the dark eyes that watched them. The beast shivered as pain overcame him. Nothing would stop him; not even the bullets that had torn into his body. Flapping his mud-encrusted ears to cool himself after his frenzied run he circled the flatlands and returned to the killing grounds. Instinct had taken hold and he had felt the need to go back and protect his herd; he was too late.
‘Well done!’ A bald-headed man clapped another on the back.
‘Let’s see if those lily-skinned mongrels can stop us now!’ shouted another. Raucous laughter rang out, banishing the stillness.
‘Men, back to business,’ commanded the man in charge. ‘Son, bring me that knife.’ A young man picked up the polished blade with a serrated edge. His father dug into the body removing the tusks. The men separated skins and various body parts, putting them in different piles. Wiping his brow the teenager removed his shirt, his body, a deep ebony colour, dripping with sweat and blood. Vultures circled high above the earth and hyenas cackled in the distance.
‘I need some coffee and pap. You, get the fire started!’ A teenage boy, with a pock-marked skin, dashed to do as he was told. The authority of the man giving the command was undeniable; they were all afraid of him; all except one. Seven men sat around their camp-fire eating with their fingers. Grunts of enjoyment violated the atmosphere. Hastened by the sweeping vultures the men skinned and tore at the flesh. Hyenas salivating in the distance were growing bolder as the smell of blood and gore pierced the air. A low buzz penetrated the concentration of the men. The boy looked up and shielded his eyes from the blinding sun. He couldn’t see anything. The humming noise grew louder.
‘Get the guns!’ All the men ran to recover their arms. Three of them scurried to the truck with automatic weapons. A twin-engine plane came into sight. It flew just above the treetops, the pitch deafening. Two sets of eyes looked down at the destruction below. The engine screamed as the pilot lifted the nose and tried to evade the bullets. He banked sharply to the left.
‘Great shot!’ screamed one of the men in delight. The others were jeering and clapping.
‘I think we’ll be looking for dead mongrels,’ laughed the leader. ‘Back to work!’ The juvenile boy took a moment to watch the plane. Both roaring engines had cut out, followed by an eerie silence. As a cloud of dark smoke filled the air, the right wing hit a tree and thundered to the ground. Losing sight of the plunging plane, he turned and continued his gruesome work.
1

6 Days Earlier – Wednesday 13th March
15-year-old Fern Roberts looked out at the night sky. It was one o’clock, early morning; she couldn’t sleep; she shuddered and felt the goose-bumps on her flesh. ‘Just butterflies of excitement,’ she murmured to herself, refusing to acknowledge her cold, clammy skin. The girl’s dark hair hung over her shoulders, her fringe obscuring her view, as she looked out of the window, onto the beautiful lawns of her boarding school. She hated the way she was feeling as it always resulted in a calamity of some sort. The Zanzi tribe called her ‘Unami’. This word referred to the brown spot she had in one eye and what they believed gave her supernatural powers, in perceiving future events. Her mother thought that her perception was given to her by God.
Nao, her adopted sister, mumbled in her sleep. Quietly Fern opened the dormitory door and made her way across the silent corridors to the music room. Sitting down at the piano she allowed her fingers to dance over the keys. Caught up in a Beethoven symphony, she jumped when a gentle hand pressed on her shoulder.
‘Come back to bed,’ Nao whispered. ‘I’ve an exam later today and can’t be responsible for putting you to bed all the time!’
‘Can’t sleep,’ muttered Fern.
‘Would never have guessed,’ replied Nao, as she linked her arm through her sister’s and guided her back to the bedroom.

S.Melly’s Fish & Chips
Shelley, the seagull had one purpose in life and it…

Oh, forgot the definite ‘Hate List’ from Literary Agents and Publishers…
Don't beg! Don't send photos of your children begging! Don't…
There are 3 comments for this article