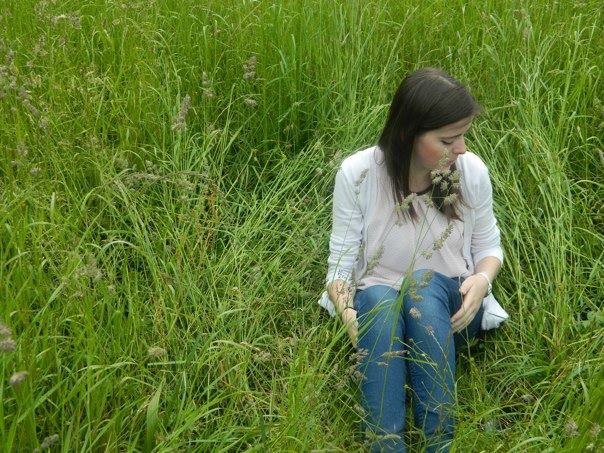 Blurb: Dear George is about an ordinary family catapulted into an unexpected crisis. Paige, a seventeen-year-old schoolgirl is diagnosed with a serious illness just before her prom. She acts impulsively and finds herself not only facing cancer, but a pregnancy as well. She now has to make some radical decisions. Certain traumatic events lead to her ultimate decision.

Mrs Courtney glanced up and redirected her gaze from the frying pan to her daughter as Paige walked in for breakfast. ‘Eggs and bacon, darling?’
‘No thanks, Mum, I’ll make some toast.’
‘You look bright and cheery this morning,’ said Adam, glancing up from his plate at his sister’s thundery face. Paige’s eyes narrowed and she glared at her brother.
‘Stop teasing her,’ said Mrs Courtney. ‘Your sister’s not a morning person and her appointment today has made us all tense.’
She ruffled her son’s hair and mused at how different her teenagers were in looks. Adam was well over six foot, blond and brown-eyed; her daughter slender with big blue eyes and dark hair. ‘Is Robyn definitely coming with us this morning, Paige?’ she asked.
‘Yeah Mum, she told our teacher she’d be in late.’
Mrs Courtney looked at her daughter intently. ‘You okay, darling?’
‘Yeah, just nervous about today.’
‘It’ll be okay, squidge,’ said Adam, leaning over to hug her.
‘Jerk,’ she said, with a smile. ‘My tummy feels as if a thousand bees are buzzing.’
‘Descriptive,’ said her mum, and chuckled. She walked over to Paige and wrapped her arms around her beloved daughter. ‘Whatever happens, darling, you’ll be okay.’
‘What will be okay?’ asked Mr Courtney as he walked in.
‘Our daughter,’ said Mrs Courtney.
Mr Courtney kissed the top of Paige’s head. ‘We’ll always be okay, pumpkin. What time are you leaving, Kate? I still don’t feel comfortable about not going with my girls.’
‘Dad,’ said Paige, ‘I’m going to be fine.’ Mr Courtney shook his head and twisted his wedding ring. He became aware of what he was doing and stopped. He didn’t want to give his daughter any indication that he was nervous.
‘The appointment is for eleven o’clock, so we should leave by ten to give us enough time to find parking. I’ll phone you Rich. Try and relax,’ she whispered. She followed him out after he had given his daughter and extra long squeeze and ruffled his son’s hair. He pulled his wife close. She looked into his eyes, the eyes she loved so much. She didn’t notice the shape, the size or even the colour. What drew her in was his compassion, empathy, kindness and undying love for her and their children. She stood on her toes, reached up and gave him a goodbye kiss.
I’ve a surprise for you,’ said Mrs Courtney, turning towards Paige. ‘Your prom dress has arrived.’
‘Really?’ squealed Paige, sunshine returning to her face. ‘Where is it?’

‘In the lounge,’ said her mum.
Paige spun on her heel and ran to the living room. Her burgundy dress was draped over the back of the sofa. ‘Wow,’ she breathed as she reached over to stroke the material.
‘It’s beautiful,’ said her mum. ‘Try it on.’
Paige scooped up the dress and rushed to her bedroom. ‘My bees have turned to butterflies,’ she said to her mum, who had followed her up. The dress was a strapless ball gown in burgundy that laced up at the back. ‘It’s stunning, Mum, far better than I ever imagined. Go eBay!’
‘You’re a vision, darling. I’m sure you’ll have a lot of admirers at the prom.’ She laughed at her daughter swirling happily in her dress.
‘As I’m sure you did, Mum, at your prom. Isn’t that when Dad first proposed to you?’
‘Yes it is, but don’t get any ideas!’
‘I keep telling you, I’m your carbon copy, Mum, in looks and character.’
Mrs Courtney opened her blue eyes wide, started to say something and thought better of it. She turned away and burst out laughing. ‘I’m going to finish off downstairs – I’ll call you five minutes before we leave,’ she said.
‘Okay, Mum, I’ll get ready, then write in my journal.’
‘Tell George I said hi,’ said her mum with a grin.
Paige reapplied her pearly pink lipstick, pulled on her brown boots, then clicked her pen.

13th December
Dear George,
I have an appointment today with that awful man, the consultant. I think I’ll bow down as he enters and greet him as, ‘Your Majesty’. Okay – I know you wouldn’t approve, George, you being such a prim and proper diary, but he’s sooooo pompous and brings out my worst side.
Well, as you know, today I’m having a mammogram, ultrasound and biopsy. I’m truly scared. Been trying to think positive thoughts, but I must make an observation here – my mind doesn’t often listen to me. Clichéd but true – it has a mind of its own! (Well, I think I’m funny!)