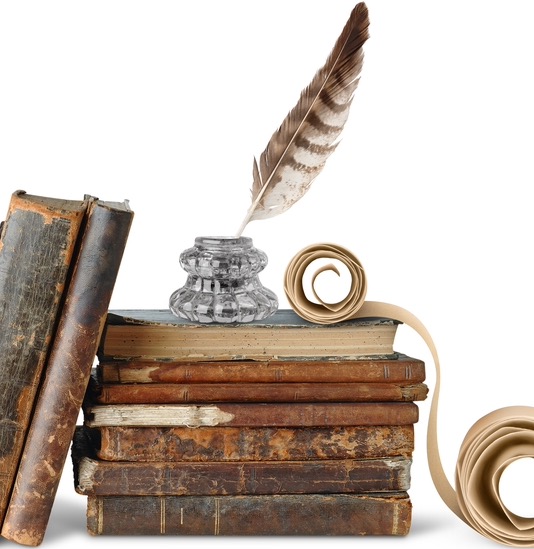 A Short Course on Dialogue Attributions
Posted on January 26, 2014 by Joe Moore
James Scott Bell
@jamesscottbell
“So what’s the deal on dialogue attributions?” the young writer asked.
“I’ll tell you,” said the wise old writer. “It’s not complicated, but it’s important.”
“I’m ready to listen!” the young writer asseverated.
The wise old writer slapped him. “Don’t ever asseverate anything again. Just listen.”
Make Said Your Default
An attribution is there to let the reader know who is speaking. The simple saiddoes that and then politely leaves. Some writers, under the erroneous impression that said is not creative enough, will strain to find ways not to use it.

This is almost always a mistake.
Readers don’t really notice said, even as it serves its purpose. Any substitute word causes the readers to do a little more work. (More on that below.)
On the flip side, it’s possible to use said in an abusive fashion. This is done sometimes in hard-boiled fiction, like this:
“Open the door,” Jake said.

“Not on Tuesdays,” Sam said.

“Weird is in this year,” Sam said.
In this case, saidis forced on the readers for no reason. It feels like you’re getting tapped on the head with a rubber hammer with every line of dialogue. So leave out the attribution altogether when it’s obvious who is speaking.
“Open the door,” Jake said.

“You don’t lock your door?”

“Weird is in this year.”
Should You Use Asked? He Asked
There are some teachers who say you should never use asked after a question mark. It’s redundant, they say.
I find that a bit too picky. I use said after a question mark, but also asked sometimes, for variety. I have no rule about it. I use what sounds right at the time.
No one has complained yet.
Use Alternatives Only If Absolutely Necessary
On occasion, you may need to find a substitute word. Whispered, for example.
What about growled?Barked? Spat? Expostulated?
Be careful. Almost always, the tone of the scene and the words of the character should tell the reader how the words are being spoken. Instead of using a thesaurus, work harder at making the words and the action more vivid. Let’s not see this:
“Put that down!” Charles shouted with emphasis.

“But it belongs to me!” Sylvia declared.
“Put that down,” Charles repeated, a bit more sedately but still with insistence.

“You are such an insistent type,” said Sylvia bitterly.
Ouch. And sedately? Bitterly? That brings us to:
Kill Most Adverbs, But Have Mercy On Some
I’m not the Terminator on this one. I don’t go out on a mission to kill all adverbs and never stop until every one is dead. I do think it’s best to let the dialogue itself, and surrounding action, make clear how something is said.
But on occasion, if it’s the most economical way to indicate something, I may use an adverb. Even though writing sticklers may feel their knickers getting in a twist over adverbs, I write for readers. Most readers don’t care about the occasional adverb. Nor do they wear knickers.
Occasionally Put Said in the Middle

Every now and then, just to mix things up, put said in the middle of the dialogue. Put it in the first natural spot.

“I think I’d better leave,” Millicent said, “before I lose my temper.”

If one character uses the name of the other character, for emphasis, you can break up the dialogue this way:

Use Action Beats For Variety, But Not Exclusively
Because dialogue is a form of action, we can utilize the physical to assist the verbal. This is called the action tag.

The action tag offers a character’s physical movements instead of said, such as in Lisa Samson’s Women’s Intuition:
Marsha shoved her music into a satchel. “She’s on a no-sugar kick now anyway, Father.”

He turned to me with surprise. “You don’t say? How come?”
The action tag can follow the line as well:
“Come along, dear.” Harriet spun toward the door.
Warning: this is notto be done every time in place of said. Some writers have attempted to write entire novels without once giving an attribution. But the problem is this: every time there’s an action, even an innocuous one, the reader forms a picture. Too much of this becomes labor, because the reader’s mind is asking for the significance of the picture. The reading experience begins to feel like a series of speed bumps on a road.
John crossed his legs. “So what are you going to do about it?”

Mary tapped her finger on the table. “I haven’t decided.”

John sighed. “Think about it.”

Mary reached for her drink. “I can’t think.”

“This place is creepy.” Mary looked around the restaurant.

John cleared his throat. “Perhaps we shouldn’t have come here.”

See what I mean? Use an action tag only for variety, never exclusively.
The young writer looked at the wise old writer and said, “Is that it?”

“Easier than I thought,” articulated the young writer, smiling wryly, tapping his finger on the table.

The old writer slapped him again. “Just for that, you pick up the check.”
0
FacebookTwitterGoogle+Share

Oh, forgot the definite ‘Hate List’ from Literary Agents and Publishers…
Don't beg! Don't send photos of your children begging! Don't…
There is 1 comment for this article